The first sustainability report from the Port of Virginia has arrived and it shows their environmental compliance record is one of the best in Virginia. There hasn’t been a regulatory violation recorded since 2001. The initiatives that are high-lighted in the report include Operation Green Program, where the port and partners are offered incentives to focus on safety and the environment by maintaining a recycling program for metals, tires, cardboard and paper; using biodegradable oil and upgrading the tugboat engines in the James River Barge Service. 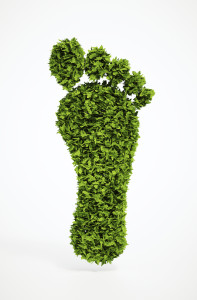 “We’re very proud of our Green Operator Program, designed to incentivize and introduce clean diesel and alternative fuel technology into all transportation modes and cargo-handling equipment,” port spokesman Joe Harris said. “In its seventh year, the program has removed over 400 older dray trucks from the roadways. “Additionally, with funding from the U.S. Environmental Protection Agency, we purchased three hybrid (electric) shuttle carriers for the Virginia International Gateway. We’re proud of our commitment to our waterways as evidenced by our recognition by the Elizabeth River Project’s River Star program for sustained distinguished performance.”

As 2015 winds down, the Port of Virginia finds the end of a record breaking year as they’ve handled 2.5 million TEU’s while reducing waste and emissions across the board. The annual sustainability report will be a benchmark for next year and a consistent, visible tool for guidance and measurement as the port continues to grow in years to come. According to Joe Harris, “The early part of last year was difficult. The snowstorms created a significant challenge, but we learned a lot. We asked for input on ways to improve from partners and stakeholders; made critical fiscal decisions based on a plan of action; executed the plan and were transparent in the process. We are on solid ground right now and are far more nimble than we were at this time last year. We learned from our experience, and that is what is important.”