Customs and Border Protection are progressing steadily down the path of transitioning from their thirty-year old Automated Commercial System (ACS) to their modern-day Automated Commercial Environment (ACE).  It has been longer in development thanks to added security and trade and processing requirements, but CBP is firmly on a path with a deadline:  November, 2015. 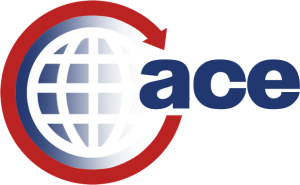 By November, 2015, Customs will be handling all entry and manifest processing functions in ACE, and in October, 2016, ACS will be decommissioned.

Sure, there are entries that won’t have liquidated by then like interminable antidumping entries, and they’re working through how to handle that right now.

Customs brokers are able to file entries through ACE now, but the release and summary parts still straddle the two systems.

Just last week, CBP published their new ACE Deployment Roadmap showing where they’ve been and what they have still to go.

CBP’s vision is to remove paper (the 3461 release document and 7501 entry summary will become things of the past) and drive towards data.  This includes passing data back and forth with government stakeholder agencies for their review and release as well as a document imaging system.  Intentionally or otherwise, CBP is going to put messenger services who take packets of paper between brokers and Customs into another business because there won’t be anything to pass around.

The new electronic environment also aids their establishment and expansion of the ten Centers of Excellence and Expertise stationed around the United States which focus on different commodity groups.  CBP has said that it is not out of the question for an entry filed in Norfolk to be reviewed and released in Atlanta, Los Angeles or New York depending upon the commodity.

When filing entries through ACE, Customs brokers will want to provide the most granular level of data available about a shipment to CBP, and this includes down to the individual line on an invoice.  We are working with our importers to find ways to automate the delivery and transmission of invoices and entry data to eliminate re-keying and provide the greatest benefits for filing entries through ACE for our importers.