The US Coast Guard has been asked to re-clarify its position on the SOLAS weight mandate for containers after Rear Admiral Paul Thomas said the rule was a commercial matter and not a regulatory decision. Considering the rule takes effect on July 1st 2016, the sudden confusion caused a flurry of speculation at the JOC’s annual TPM conference on March 2nd. This changes the obligation shippers have and confuses whether or not a shipper is bound to provide the VGW for containers. 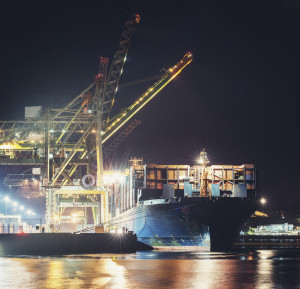 “It is disingenuous and factually incorrect for the Coast Guard to suggest that relieving shippers of their regulatory obligation will not fundamentally undermine the effectiveness of the SOLAS container weight verification requirements. It is not possible to have it both ways,” WSC President and CEO John Butler wrote to the Coast Guard.

The Agriculture Transportation Coalition has recently issued a statement clarifying the USCG position on its behalf, “Not only is his conclusion logical, but it is consistent with the position being taken by other countries, including Brazil.”

This is an on-going issue that Nelson international is following closely and will provide more information to our readers and customers as it becomes available. If you have any questions or concerns, please contact us.