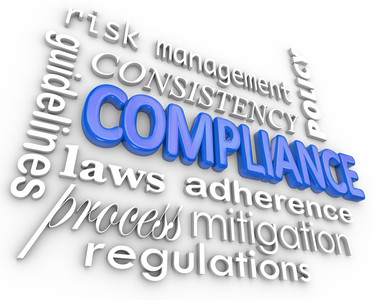 Importers and exporters who are focused on the purchase or sale of their goods must realize that equally as important as securing the order is making sure it meets the regulatory requirements of the United States government.  As important as any other facet of a company’s business, there are three reasons to have and maintain a documented compliance program.

People-proof the process.  Employees come and go, whether through promotion, attrition, layoffs or terminations. The successors to the individuals previously responsible for compliance need not be reliant on their knowledge, but rather a documented process and flowchart that gives them responsible executives leaders to communicate their questions and concerns.

Documented, up-to-date compliance manuals are well received by regulators.  Anyone who has been through an audit with Customs or another regulatory agency knows that they have a questionnaire or checklist that they go through to establish a baseline about the company before reviewing transactional data. One answer that is always in a company’s favor is to say “yes” when asked if they have a written and up-to-date compliance plan. To the regulators, this says that the company is invested in their regulatory compliance and the likelihood of egregious violations being uncovered, while not completely mitigated, is reduced.

It goes a long way to appearing in a government press release for a settlement.  Last week while everyone was making last minute turkey and travel preparations, the Bureau of Industry and Security was busy announcing a $100 million settlement with Texas-based Weatherford International Corporation. $50 million was a civil penalty for alleged illegal exports of oil and gas equipment to Iran, Syria and Cuba. The other $50 million is in the form of a $48 million Justice Department settlement for a deferred prosecution agreement and $2 million in criminal fines for two guilty pleas by Weatherford subsidiaries.

The whole of what Weatherford is paying the US government, including to BIS, Justice, the SEC and OFAC totals $253 million.

Importers who are focused on sourcing products should be equally focused on record keeping, classification and post-entry audit and compliance with trade agreements and participating government agencies. Exporters equally focused on making sales should insure that their buyers are permitted to receive their goods, that the exports meet the regulatory requirements of the U.S. government and if licensed are required, properly secured and declared.

These three simple reasons for having a documented compliance program contribute to continuity of business, an uninterrupted flow of purchases and sales and a reduced risk for penalties long after the transactions are completed.