In the United States, food is evolving because of trends of people eating healthy, eating local and knowing more about the products they are purchasing for themselves and their families.

Organic produce is easy to spot in the United States and the standards that we have set are understandable. But does organic in the eyes of the USDA really qualify for organic when the product is imported?

The USDA’s Agricultural Marketing Service (AMS) has jurisdiction in this area through something called their National Organic Program, or NOP. There are a number of bilateral programs and agreements that allow a foreign country’s organic product to receive the same consideration when sold in the United States. 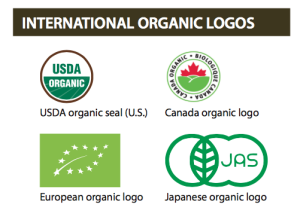 While there are established agreements in place as laid out above, this does not preclude other countries from selling and marketing products as “organic”. The USDA has established criteria by which government or private sector organizations or authorizing bodies can apply to certify farms and businesses as meeting the required standards. More information can be found here.