Updates on Hanjin and FY2017 projections

With the shipping market in unfamiliar and difficult territory, Drewry looks to make sense out of what happened in 2016 and what is coming in 2017. Everywhere we look for guidance into the 2017 fiscal projections, ideas are positive, though cautious. Container prices seem to have hit rock bottom in the second quarter, with little room to move, save to rise. According to the Container Forecaster and Review 2016/17 report, lower than forecasted second quarter financial results should be followed by an increase for the third and fourth quarters.

But Drewry still expects container carriers to record a collective operating loss of $5 billion this year. “We forecast industry 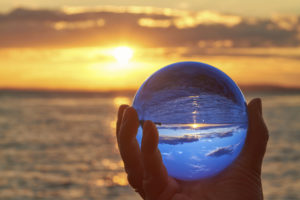 profitability to recover next year, thanks to improving freight rates and slightly higher cargo volumes, and so record a modest operating profit of $2.5 billion in 2017,” Drewry said in the report. However, after several years of negative gains, pricing will still be less than 2015 levels. The upturn is welcome but Drewry maintains that carriers need to be much more financially transparent with shippers. With the collapse of Hanjin, shippers are wary of increasing risk and will award more cargo to carriers with safer financial planning to provide more visibility into their financial positions.

“We expect to see some uptick to the Z-score when the third-quarter 2016 results are published, while the removal of Hanjin from the sample will also benefit the average score,” Drewry said. Drewry uses a “Z-score”, which is calculated from a formula created by Edward Altman, professor of finance at NYU, and sorts carriers into Safe, Caution, and Distress segments.   “Stakeholders must understand that no carrier is too big to fail. The hitherto expectation that some white knight would rescue an ailing carrier has been erased forever.”

Though fuel prices are rising slowly and more income will be available in the form of bunker surcharges, those fees add to the overhead and operational costs. 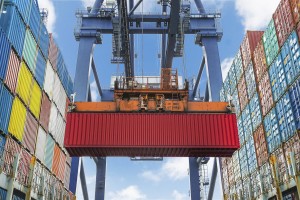 Neil Dekker, Drewry’s director of container research, commented: “Hanjin’s failure is the culmination of several years of poor commercial decisions and mismanagement, not just by Hanjin, but the industry as a whole. But it did not necessarily signal a major tipping point for the industry. It was more a side-show as freight rates had crucially already turned a corner at the mid-year point. More consolidation is likely, but is not necessarily the route to the promised land. Senior company executives talk about synergy savings of hundreds of millions of dollars, but this means nothing when it is all too easily given away in weak contract negotiations and the desire to maintain precious market share. The answer lies with fully addressing the revenue side of the equation and thankfully there are signs that the spot market is being addressed to some degree. The acid test for 2017 will be how the lines approach BCO contract negotiations.”